This time I managed to make music not only for our game (Whatcha gonna do with a drunken jammer?), but I also wrote two tracks for two other games: We Party and Jamception. For our game I wrote two music tracks: the main theme, Drunken Jammer is a personal variaton of the traditional "Drunken Sailor" song, with some obviously changed lyrics! We recorded them on saturday night around 3 a.m., messing with a microphone in a small room (and we had lots of fun). The male voices are mine, Luca and Marco's, while the beautiful female voice is from Loretta.
Bye Night is the theme you hear when you're playing the game itself. The process of finding the right atmosphere for the game had me thinking a lot, but in the end I think I managed to find something that suits the mental image of three drunken guys wandering around Rome. I'm very happy with how it turned out, and the other guys from my team loved it too!

About the other games: We Party needed a nice, happy party track, while for Jamception we thought of a nice mixture between a modern and ancient atmosphere (that is, because also their game takes place at the Tempio di Adriano and it's about our experience at the GGJ2015).
On the player you can find in this page you can listen all of the songs. Hope you like them!

Whatcha gonna do with a drunken jammer?, our game for this jam, was voted and was originally ranked in the second place for the "best music" prize, beaten by the hilarious Home E.M.M.E.R.D. made by the amazing Lonely Crew... But since they also win the "best game" award too, we took the winning place. Yay!! 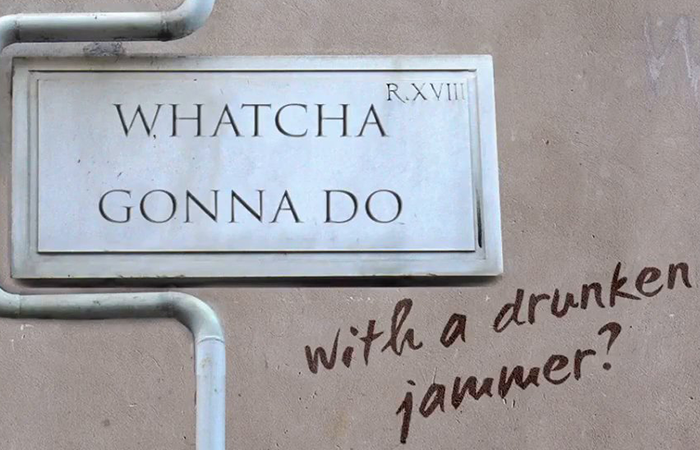